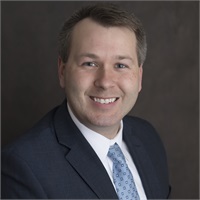 David is the founder and owner of David Mullins Wealth Management Group, as well as our senior wealth advisor. He is regularly sought for financial commentary and has been quoted in Time Magazine, Money, the USA Today, Kiplinger's Personal Finance, Yahoo Finance, and many others.

His career in finance began in 2007. After graduating from the University of Virginia with a BA in Economics, he worked as a financial advisor for Edward D. Jones & Co. In 2012, David left his position at this major national firm to start a firm of his own.

A lifelong resident of Virginia, David grew up in the small mining town of Paintlick. His father, as well as many other parents in his community, were coal miners. David learned from a young age the value of hard work, persevering through life’s struggles, and enjoying the fruits of your labor at the right time. These lessons have shaped his perspective on finances and investing, and have become guiding principles in his career.

David now lives in Lebanon, VA. He’s been married to his high school sweetheart, Brittany, since 2009, and they have two sons together—Cooper and Callen. He considers his family to be both his greatest blessing and his greatest accomplishment.

He’s a big sports fan and loves coaching basketball as well as attending UVA sporting events. He also enjoys horseback riding and golf, or just sitting on his porch and taking in the beautiful Virginia scenery. David is very active in his local community. He serves as Chairman of the Historic Crab Orchard Museum, past President of the UVA Club of Southwest Virginia, and a board member for the Southwest Virginia Community College Foundation Board, along with many other organizations and committees.

David serves as more than just a financial advisor to his clients. He believes in being an educator, helping his client to make informed decisions for their own futures. He also loves to hear his clients’ stories, learning about their history and their goals, and forming long-term, trusting relationships.